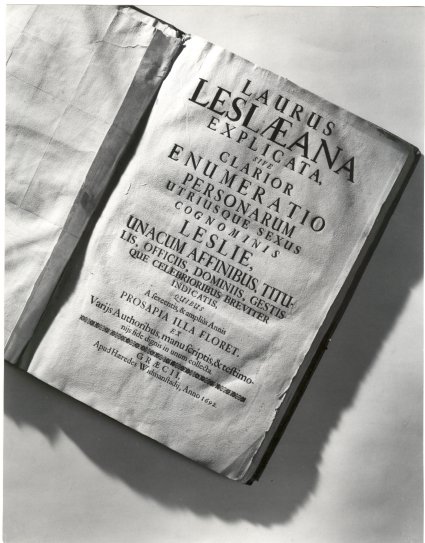 The first published genealogy of the Leslies, compiled by William Aloysius Leslie, 3rd son of Alexander, 14th Baron of Balquhain, born in Scotland 1614, Ordained in France and subsequently joined the Jesuits in Rome, In 1675 he wrote ‘A life of St Margaret, Queen of Scotland’ and later devoted his time to research and writing. In 1692 he published the ‘Laurus’ in Graz (Austria) witht he help of his elder brother, James, Who Succeeded Count Walter Leslieand to whom the work is dedicate, In 1694 he was sent to Scotland as a missionary where he remained until he died in 1704.