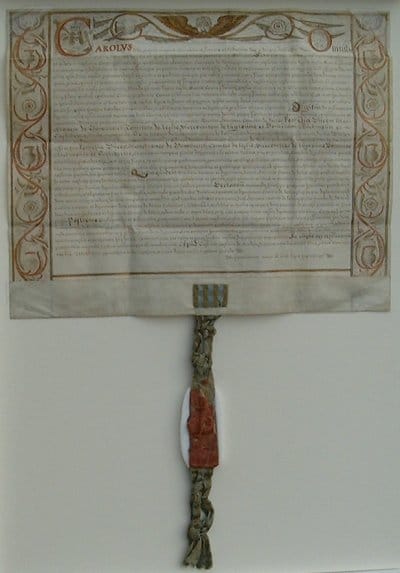 A Royal Charter of 1680 granted by Charles ll to John, 7th Earl of Rothes creating him Duke of Rothes, Marquis of Ballinbreich, Earl of Leslie, Viscount Lugtoun, Lord Auchmuchtie and Caskieberrie. These titles were conferred on him and his heirs male only. The Duke had no sons so when he died the dukedom died with him, however he had previously obtained a Charter, 1660, enabling the earldom title to be passed through the female line on condition that the lady and her husband assume the name and Arms of Leslie. The Duke died in 1681 and his elder daughter, Margaret, became The Countess of Rothes in her own right.