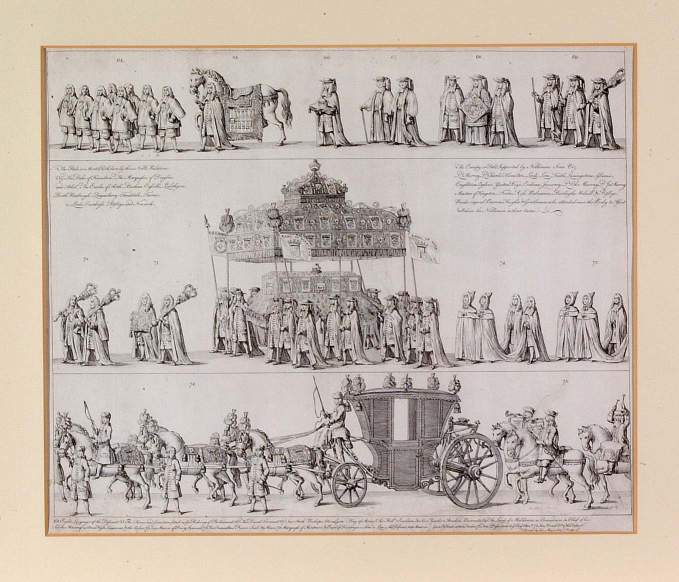 The Duke of Rothes died at Holyrood Palace in Edinburgh, 1681. His body was transported back to Leslie House, Fife, for internment in the family vault. The order of precedence in the procession for the many civil and military bodies wishing to be represented was laid down by The Lord Lyon and published in four sheets. The procession was said to be 17 miles long.
Charles ll offered to pay for the funeral expenses but regrettably by the time the total had been worked out he was no longer on the throne and his son, James, refused to have anything to do with it. It was said by historians to have been ‘a great financial burden upon the family for many years…’