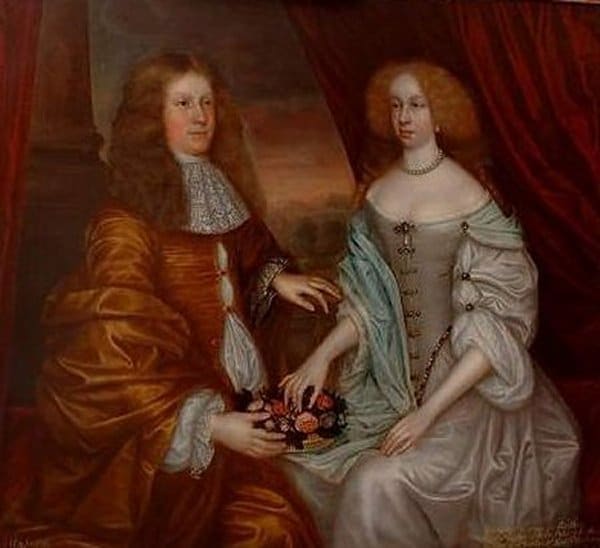 Circle of John Michael Wright.
Oil on canvas 56 x 68 ins.
Seated three-quarter length, Charles in a brown cloak, Margaret in a white dress. With identifying inscription. The basket of flowers between them probably indicates an early betrothal portrait.
They married in 1674 and had three sons. The eldest, John succeeded his mother as 9th Earl, the second Thomas, succeeded his father as 6th Earl of Haddington and the third, Charles died young. The 1663 Charter whereby Margaret inherited also stipulated that the titles of Rothes and Haddington should not be conjoined unless there was only one child. Margaret died in 1700.