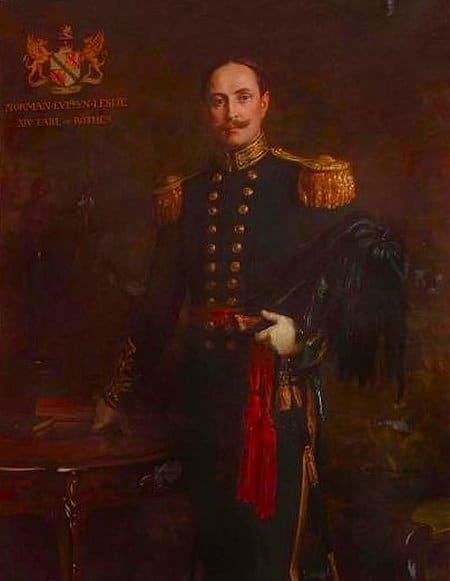 by George Percy Jacomb-Hood, signed and dated ’04
Oil on canvas 56 x 44 ins.
Three-quarter length by a table, in the uniform of The Royal Company of Archers.
The only son of Martin and Georgina Haworth Leslie. Martin, eldest son of Mary Elizabeth, 18th Countess, had died before his mother in 1882, so when she died 1893 the title went to her grandson, Norman Evelyn, as 19th Earl. In 1900 he married Noel Dyer-Edwardes and they had 2 sons.
Served in WWl, Colonel of the Highland Cycle Battalion, wounded twice and died 1927 as a result of his wounds.