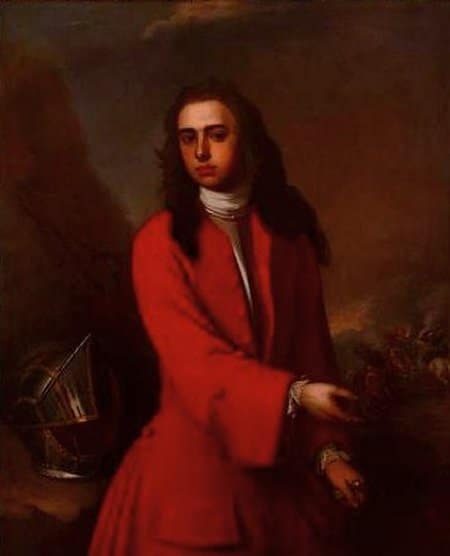 Circle of Sir Peter Lely.
Oil on canvas 50 x 40 ins
Three-quarter length, in a brown coat, in a landscape.
With identifying inscription.
John, eldest son of John, 9th Earl and Lady Jean Hay succeeded his father as 10th Earl in 1722. 1746 the abolition of heritable offices forced him to relinquish the office of Lord Lieutenent and Sherrif principal of Fife, held in the family since George, 4th Earl. Joined the army 1715 and was a successful soldier until he died in 1767 by which time he was Commander-in-Chief of the Forces in Ireland, a General, Colonel of the 3rd Regiment of Footguards, a Privy Councillor in Ireland and a Knight of the Thistle.