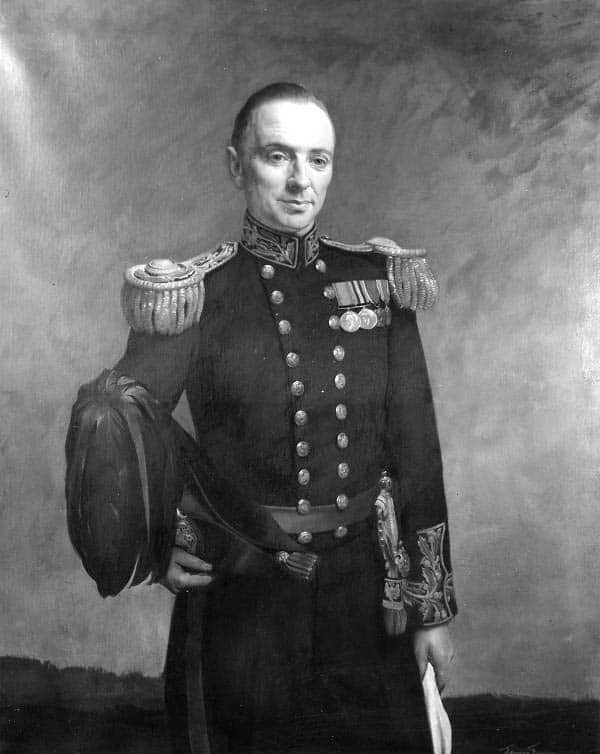 By James Gunn, signed.
Oil on canvas 50 x 30ins.
In dress uniform of the Royal Company of Archers.
Malcolm George Dyer-Edwardes succeeded as 20th Earl on the death of his father in 1927. In 1926 he married Beryl Dugdale, daughter of Lionel Dugdale of Crathorne, Yorks. They had 1 son and 2 daughters. Brought up at Leslie House until the outbreak of WWl, thereafter lived in London. Representative Peer for Scotland until this system was abolished in 1959. He died 1975. The Rothes Chair in Public Health Opthalmology was established at London University 1977.
(See M23,M24,M25)
Destroyed in James Bourlet fire 1991