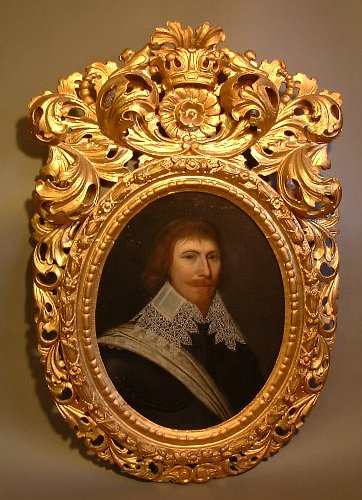 Thought to be David Leslie, 1st Lord Newark, date and period are correct and likeness to engraving E15. Coronet incorporated in ornate frame indicates a member of the peerage.

Served as a colonel in the Swedish army until recalled to Scotland by the Covenanters 1637. Appointed Lieut-General in the Scottish army and sent to England to assist the English Parliament against Charles I. Defeated Montrose at Philiphaugh 1645. Defeated by Cromwell at Dunbar 1650. Captured soon after the battle of Worcester 1651. Created Lord Newark by Charles II on his Restoration.

Purchased on the closure of Leslie House 2003.
Cleaned and restored by James H. Barry 2003